To the Chinese 8 is the luckiest number (because it sounds like the word for prosperity) and it’s no coincidence that the Beijing Olympics began at 8 seconds and 8 minutes past 8 pm on 8/08/2008.

In Japan, 9 is unlucky because the word sounds like the word for pain.
The cream of New York society were dubbed the Upper Ten by Boston publisher Nathaniel P. Willis in the mid 19th century.

The Indian 2 rupee coin is a henedecagon – an 11-sided shape.

While 12 is still a common number for jurors, in Scotland 15 is the norm.

Zero originated in India in the 2nd century BCE. The mathematician Fibonacci was key to its adoption in the West.

Fear of the number 13 is called triskaidekaphobia. It may relate to the number at table at the Last Supper.

87 is the unluckiest number for Australian cricketers – 13 away from 100. 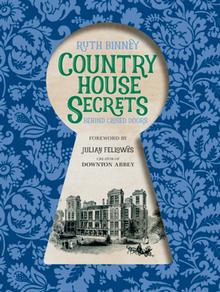 This is the world that Ruth Binney has brought so wonderfully to life in her book". Praise from foreword writer Julian Fellowes, creator of Downton Abbey.
Inside the country house, what exactly were the duties of the master's valet and the lady's maid? How did these fit into the daily routine? And what were the protocols for visitors? The answers to these, and many more questions, are revealed in this entertaining and intimate guide to the self-contained world of the country house. read more

Taken from the book Country House Secrets: Behind Closed Doors.